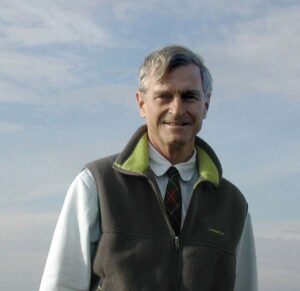 Generations of University of Wisconsin–Madison faculty, staff, and students had the pleasure of working with Professor John Kutzbach PhD’66 during his long, successful career. Many also had the great honor of becoming his colleagues, mentees, and friends.

For over 30 years, John served the UW–Madison community as a professor of atmospheric and oceanic sciences and the director of the Nelson Institute Center for Climatic Research (CCR), succeeding Professor Reid Bryson, CCR’s founding director.

Throughout his career, John treasured his collaborations with an international group of paleoecologists, glaciologists, geomorphologists, marine geologists, and paleoanthropologists. He and his wife, Gisela, invited his colleagues from around the world into their lives and home, forming decades-long friendships they both cherished. Throughout his academic career, John also delighted in his role of mentoring and encouraging young climate scientists.

On January 29, 2021, John passed away following a long illness. Read his obituary

John’s legacy of excellent research and compassionate mentorship lives on through the Center for Climate Research.

View a narrated slideshow about John Kutzbach’s life and legacy

Read tributes to John Kutzbach from his colleagues, mentees, and friends

If you would like to make a gift in honor of John’s memory, you can do so by donating to the Kutzbach Research Fund.

This fund provides general, discretionary support to the Center for Climatic Research (CCR). Gifts may be used to enhance or expand the center’s teaching, research, and public service roles or to help the center pursue new opportunities and address strategic priorities, including the top-tier research of CCR scientists. Gifts may also be used to support faculty, staff, and student recruitment, retention, and morale.